These developed from Clearing-Spacehold-Forest in the previous section and from the use of the forced one-point perspective found in that work. I wanted the sculpture to appear, depending upon where the viewer was standing, to be either longer or shorter than it was in actuality, thus visually extending or compressing the perceived contained volumes of space within. With the Space-screens I created a fictional, three-dimensional space/volume that was controlled by the structural elements that define it, as well as continuing to explore assumptions having to do with how space is perceived.

I soon saw that these works would have to be monumental in scale to work properly for the viewer, so I made several attempts to construct them in large open spaces within New York City. They were my last efforts at strictly formalist, non-figurative work. I wanted to return to where I had started, but with the knowledge and experience gained from these intervening fifteen years of making sculpture. 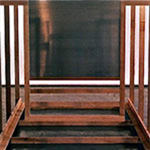 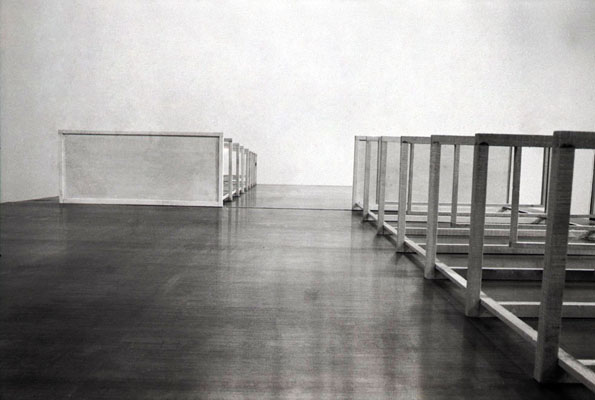 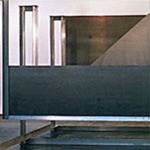 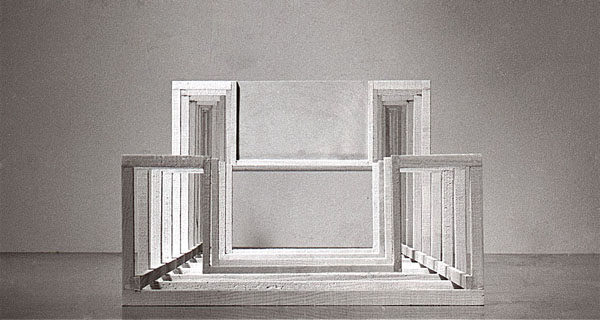 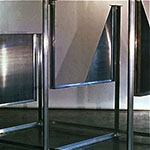