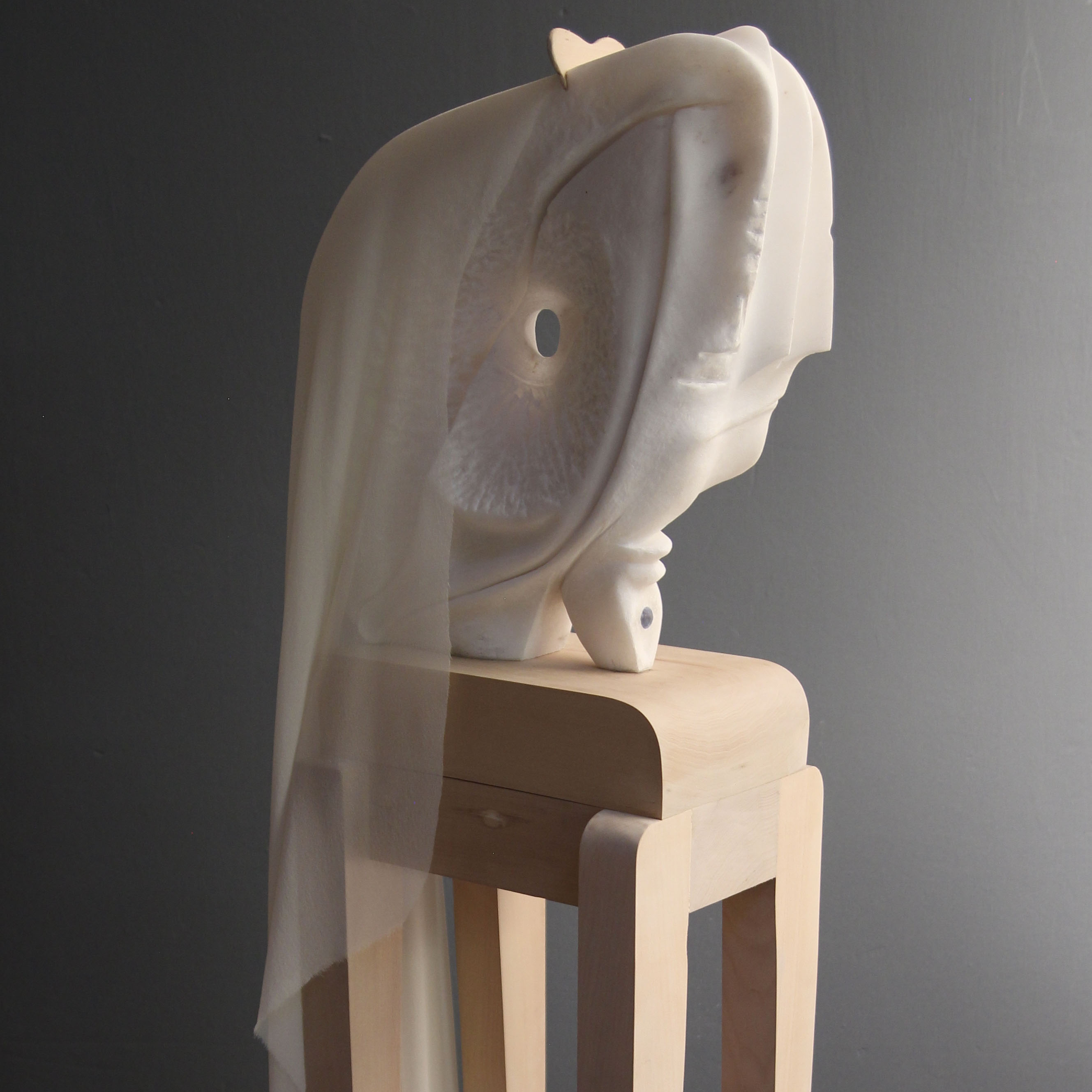 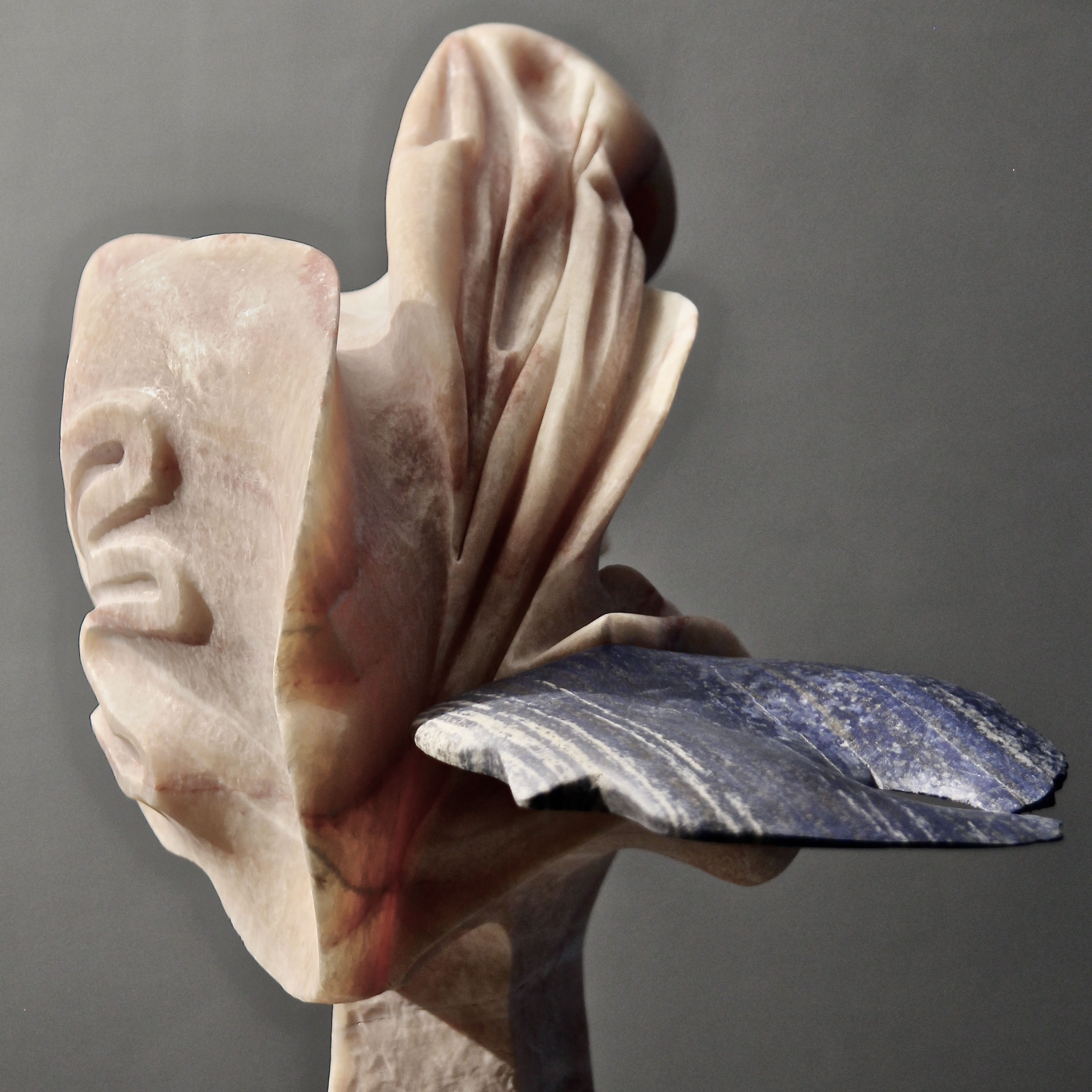 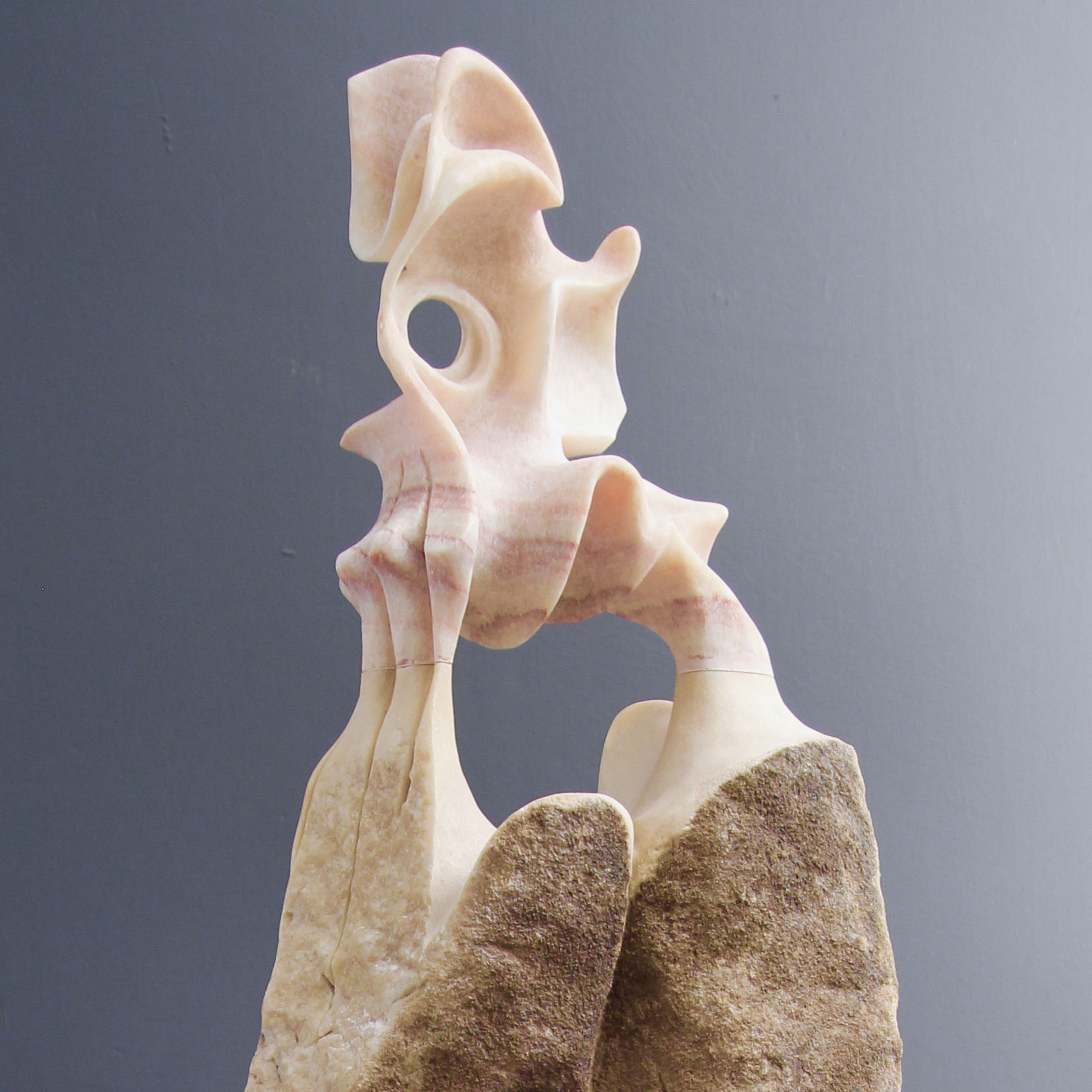 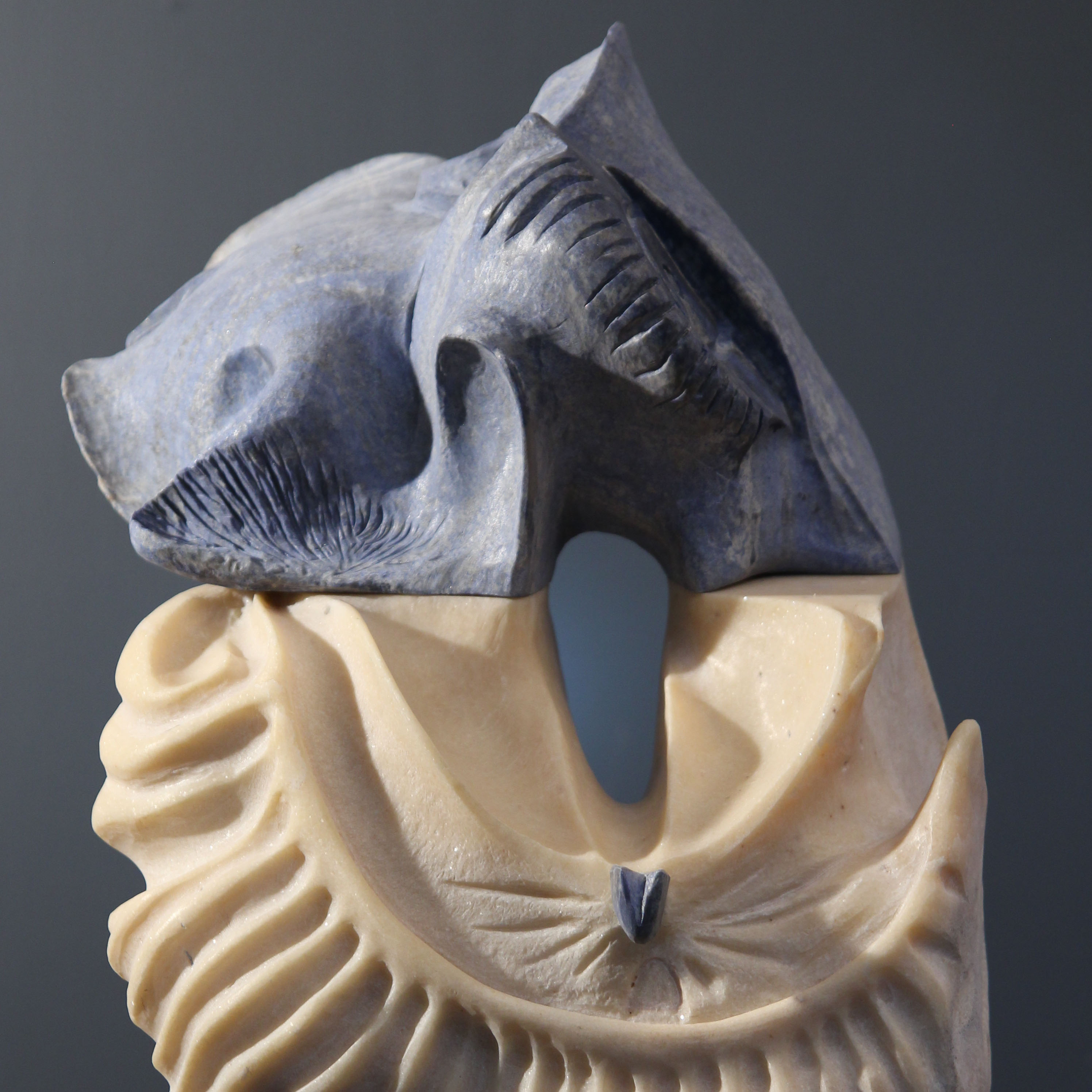 These four represent a continuation of many of the same concerns found in the previous stones. Drapery, which presented the sculptors of antiquity with the opportunity to inject abstraction into figurative compositions is present in all my work over the past fifteen years. True, but especially so in #1 where I use white silk and marble to emphasize the sameness of differences. At times It’s hard to tell where one ends and the other begins. Also, of prime concern is that each is composed of more than one stone, and each has a specific found photo as a starting point.

Improvisation is one of the key elements of jazz. As a static object in space, sculpture resists analogies between it and music, but it is in their creation that the two may draw near.

Most of the materials and techniques of sculpture allow for some degree of revision. This is not true with respect to the direct carving of stone. The jazz musician can improvise within an already composed theme, or freely and spontaneously react to the moment. In those instants, unconstrained by a score, there is the opportunity to create music that belongs only to the musician, and to a moment in time. With that freedom comes the possibility of failure.

My starting point for a sculpture is usually a photograph, but soon it’s put aside and other images and possibilities come to mind. It is fair to say that improvisation may begin here. But because I have a general feeling for where the sculpture is going, I resist using the word—improvisation—at this point. I do so because it’s the next level—the unknown—where the word seems most appropriate.

This is where clarity of form is beyond my reach. Here I’m free to draw upon all that I know and have experienced; this is where the phrase improvisational carving fairly describes my process. It’s here the question of where and what to carve are filled with both possibility and doubt. And it’s here that the risk of doing irretrievable harm—what is cut off cannot be returned—is greatest. But in these periods of relative freedom the process seems to carry me along. I have no alternative but to follow. In these moments of bliss, apart from any predetermined methodology, the sculpture seems to make itself.