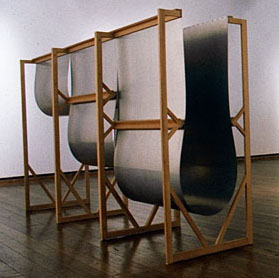 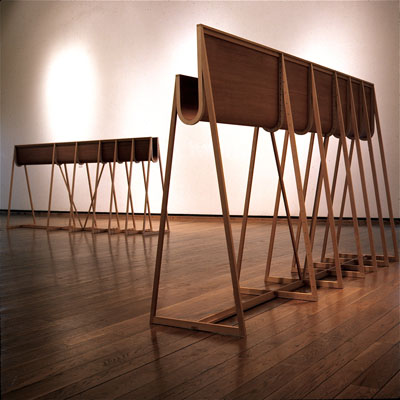 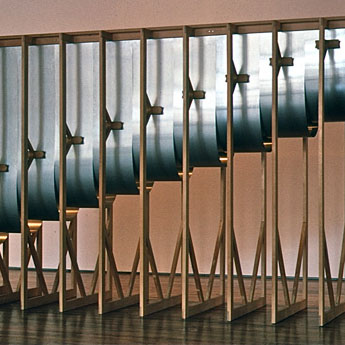 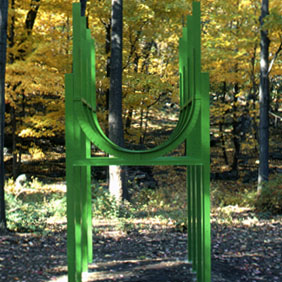 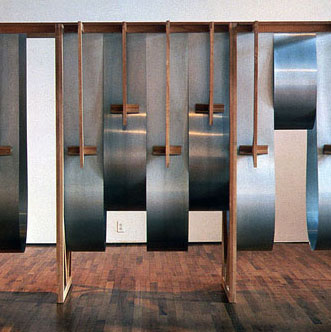 I began here by questioning many of my assumptions made in the previous canvas and wood works. I thought of these sculptures initially as a literal opening-out or uncoiling of the membrane pieces. These are a linear, sometimes mathematical progression, while the canvas and wood works were more capricious, and based upon an endoskeleton; in contrast to the exoskeleton supporting structure of the Space-holds. This difference allowed me to focus attention on the passive, enclosed spatial volume within. In their basic conception these forms resembled the naves of the Romanesque and Gothic cathedrals I had studied in England. But there was one important exception, however. I inverted their orientation. So now these forms are open to the natural light and the sky above. These were my first non-figurative, formalist sculptures, and my first experiments with space, volume, and perspective to an expressive, aesthetic end.