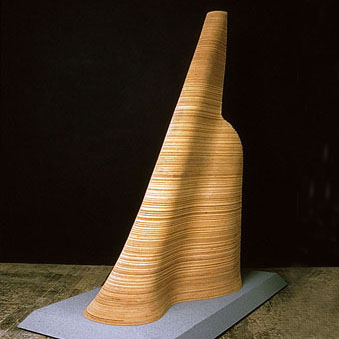 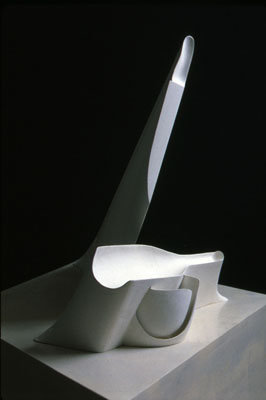 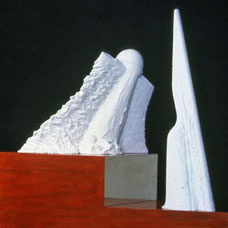 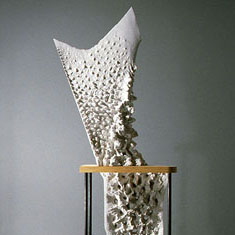 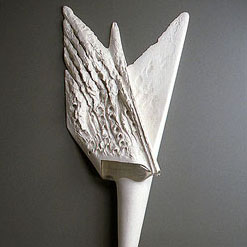 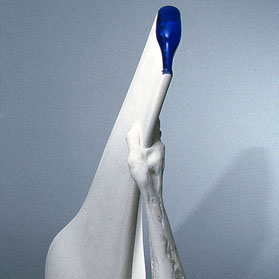 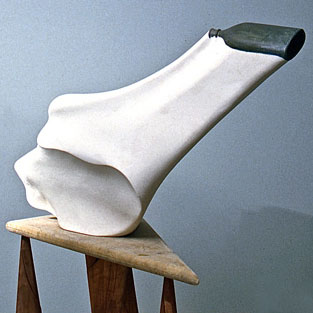 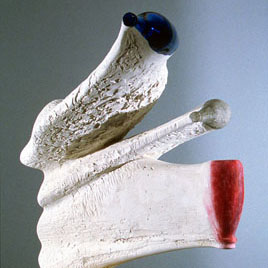 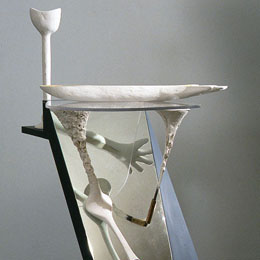 From the Historical Works I gained a renewed respect for the power of the told story and the obvious centrality of the human figure as its narrative focus.

These works were the result of my insight into the true nature of the shadow. We normally perceive the shadow to be a lightless flat silhouette cast on a wall or a floor. Rather it should be understood to be an invisible darkened volume extending from the object blocking the light to the cast silhouette. In this respect it’s like the volume of space held within the previous Space-hold sculptures.

Once the similarity between the shadow and the Space-holds became apparent, I wanted to explore shadow’s expressive possibilities within the context of common objects found in the traditional still life, specifically the shadows of a knife, a bowl, and a bottle. These sculptures opened the possibility of narrative storytelling between parts and whole.