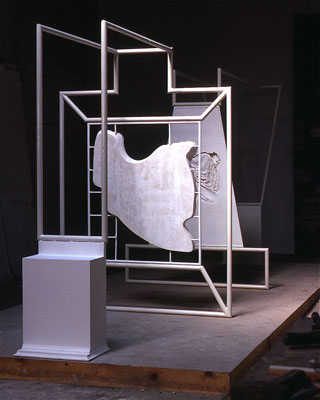 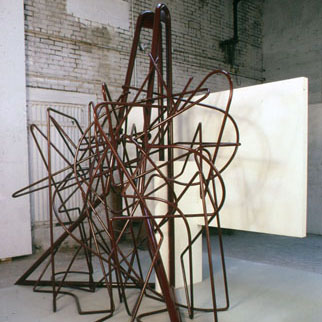 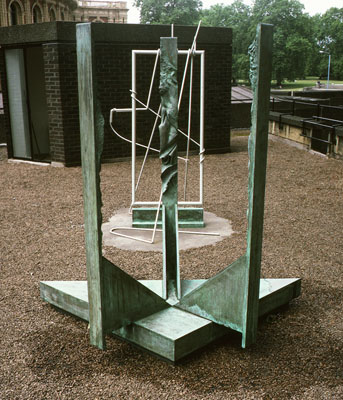 Each sculpture in this series is based on a particular historic work. The first, The Lapith, began with my interest in the implied movement and narrative drapery in this particular metope from the Parthenon. The sculpture defines a space infused with the memory of this classical relief.

In this two-part sculpture, The Visit and the Apparition, the drapery in one section is based upon the central figure in a painting by Balthus entitled The Room (1947–48). It resembles a wing, which in turn recalled the angel’s wing in the Annunciation by Fra Angelico (1438) which is outlined in the forged-steel second section of. the sculpture.

Light-Reflection-Space is a seven-part work based upon three views of the Winged Victory of Samothrace in the Louvre. The three forged steel screens arise from forms found in the bronze reliefs. The three vertical sections attached to the central right triangle mark three segments or slices of the original classical sculpture in which I questioned whether parts can suffice for the original whole.

The final sculpture in this series is based on the Ludovica Albertoni by Bernini. Specifically, the work was my attempt to address the paradox I felt when viewing the original sculpture. Her violent convulsion of ecstasy is on one side, while her repose within the tranquil chapel with its subdued light is rendered on the other.