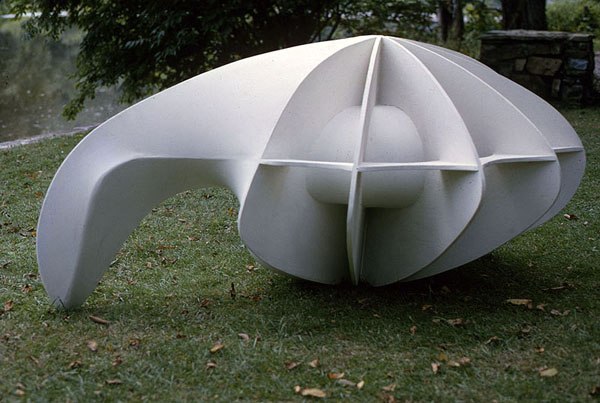 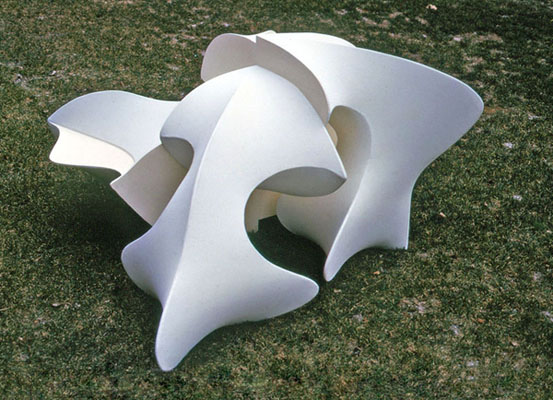 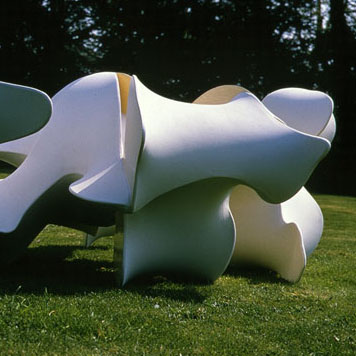 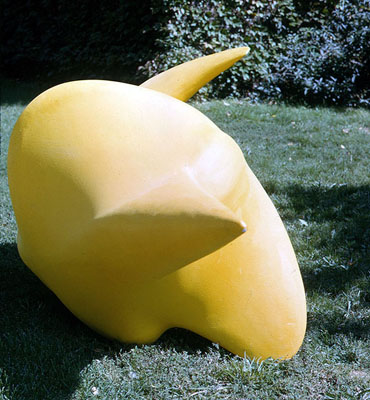 My early training was academic. Learning to model in clay a realistic portrait and the human figure. The first series of independent works were hammered steel forms made from a flat sheet. They were rigid abstract membranes with little overt reference to the human body. Then in a return to the figure by way of natural organic forms, I reduced the body to its most basic physicality. Hard and soft, membrane and support, skin and bone. These sculptures had a canvas membrane outer surface, and a plywood endoskeleton structure that retained a direct reference to the human body or other organic forms.

The surface configuration of the canvas was the result of the wooden structure it was attached to. These sculptures were composed of a series of independent segments, like an orange. They were thought of as a sequence radiating around a vertical axis. This aspect becomes important in the Space-holds that follow.