As the narrative possibilities of still life objects and their shadows became more limiting, I found the expressive potential inherent in the portrait head to be far more challenging. I wanted to continue utilizing the shadow as a primary form, but here more as a metaphoric and expressive extension of the head. As metaphor or simile, the shadow has a rich history: The Republic by Plato (The Cave), Peter Schlemihl by Chamisso, and Die Frau ohne Schatten by Richard Strauss, to name only three. In these works the shadow represents the other aspect of our corporeal being—the doppelgänger—the non-material illusion of who we are.

Stone is the ideal material here because the solidity of its physical presence is the antithesis of the shadow. Each sculpture in this series of portraits of artists began with a found photograph of the person, an image that I felt was particularly insightful as a compelling photo/portrait in its own right. The point was not to make a likeness in the normal sense; rather, what I was after was an aura of the individual recalled through the filter of time and revealed by the process of carving. The best example of what I’m referring to is the Shadow Portraits of Eileen Gray. At one end of the sculpture there is the partial image of her face as a youthful woman; at the other end is the elderly woman with a covered eye. The many sheets of glass between cast reflections back and forth and contain the numerous converging and overlaid “shadow” images of these two moments from her long life. 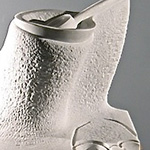 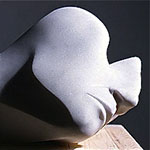 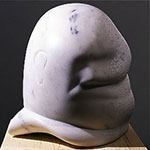 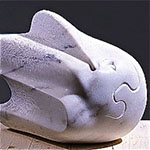 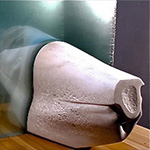 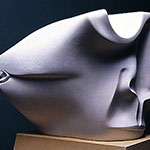 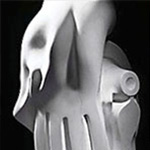 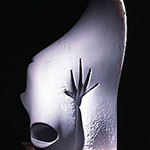 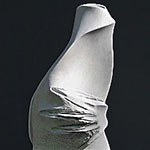 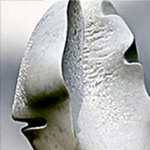