The most recent work in this series is a proposed Memorial To The Innocent Victims Of War. It is a hexagonal building, thirty-five feet in diameter. Inside is a central water garden defined by a circular bench, centered below an oculus open to the sky. Aligned on each corner window will be one of my stone sculptures. Access will be by way of six open doors. While the sculptures convey aspects of the devastating violence of war on the innocent, the central garden personifies the tranquil, healing beauty of nature. The essence of the Memorial is the opposition between the two. In total the building is a place for the visitor to meditate on the profound and lasting consequences of each.

The next is a variation based on The Visit in Section IV. More relief than sculpture in the round, it was conceived to be seen from the house or pool. I chose white stucco, as it is the same material as the house. The negative image of drapery is embedded deep within the relief so that the light and shadow under certain circumstances will appear to reverse the forms. Concave appears to become convex. The work faces south to maximize this illusion.

Sculptures three and four are made of standard door screen and wood. They are arranged in such a way that shadows project themselves onto their surfaces. The screens provide visible slices of projected, normally invisible shadow images. There is a place for the viewer to sit and meditate as the shadows of trees and other structures move slowly across the surfaces of the multiple screens.

The next work is a model. It was my competition entry for a memorial to the four students shot to death at Kent State in 1970. I used the inverted peace sign as its primary symbol, and dedicated one to the memory of each of the students. The central shaft of the polished stainless steel elements is sharpened to a point on one end, and each is 30 feet high. Together the four define an inverted obelisk. Thus the ancient symbol of life and eternal renewal becomes a tragic memorial to dead students.

The last three are large stones carved in situ. As can be seen in the second and the third sculptures here, I did extensive work altering the configuration of the land immediately surrounding them in an effort to convey the illusion that the stone has an organic relationship to the surrounding terrain. Rather than arbitrarily sitting on the land they appear to grow from the earth. 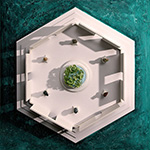 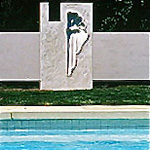 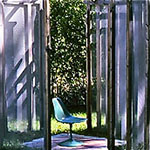 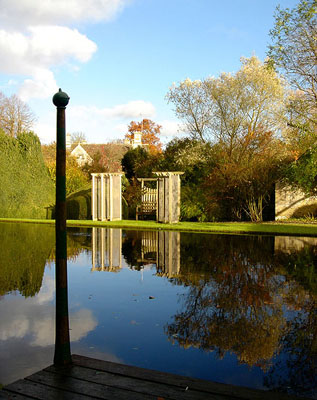 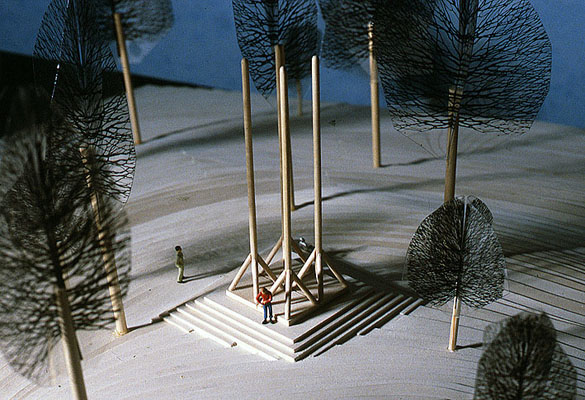 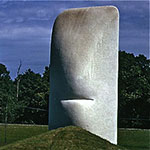 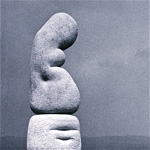